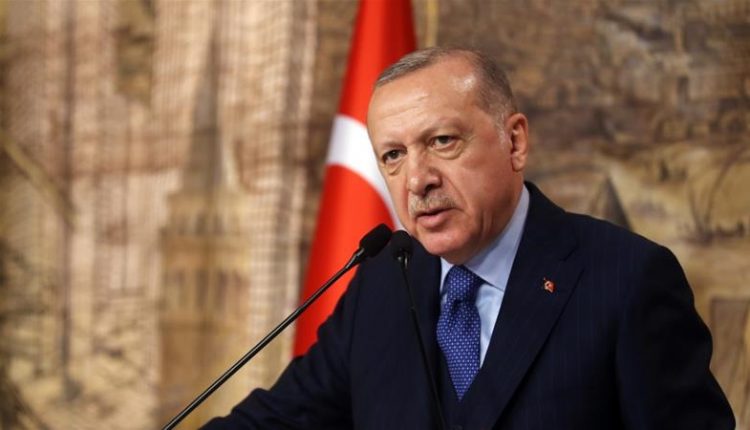 Osman Kavala is by no means a radical, yet Turkish President Erdogan sees a danger in him. He even wanted to fight a major diplomatic conflict for it. What’s going on?

The conflict between Turkish President Recep Tayyip Erdogan and the ten Western ambassadors may have fizzled out, but the man it was all about is still in the same predicament: in custody. Osman Kavala, philanthropist and cultural entrepreneur, could face life imprisonment if the judges go along with what many believe to be insane charges brought against him.

One question has remained unanswered since Kavala’s arrest four years ago. Why he? Why is Erdogan so fond of this friendly man who has been committed to artists, underprivileged children, endangered cultural treasures, Syrian refugees, and the harmonious coexistence of population groups for decades?

“I don’t understand it,” said Asli Kazan, the lawyer for Yigit Aksakoglu, one of 12 co-defendants in what is known as the Kavala trial. “Why do they see him as an enemy? I have no idea. What is happening now is illegal. I can’t find the words to describe it.”

Born in 1957, Kavala seemed destined for the business world. He studied economics in Manchester and took over the family business in electronics and real estate after his father’s death in 1982. The young businessman soon also started a publishing house and also undertook more and more social activities. Since 2002, he has devoted himself full-time to Anadolu Kültür, the foundation of which he is the founder and chairman.

The organization’s resume is impressive. This ranges from setting up cultural centres in remote parts of Turkey to refurbishing monuments, from film festivals to photo workshops for children in earthquake-stricken villages. Kavala is also a board member of many organizations in areas such as the environment, heritage, cinema and human rights.

He was also involved in the Turkish branch of billionaire George Soros’s Open Society Foundation. That cost him dearly. In 2017, he was suddenly accused by the judiciary of organizing the 2013 Gezi protests in an attempt to overthrow the government. He is said to have done so as an accomplice of Soros, the alleged financier of the Gezi movement.

The evidence is paper-thin. For example, malicious intent would have been shown by plans to buy gas masks. “But that was about medical masks, against the tear gas,” said Kavala’s lawyer Ilkan Koyuncu two years ago. “My client only suggested in a telephone conversation that they might be for sale at the Koçtas department store.”

Organizations such as Amnesty International speak of a “ridiculous” case, and there is no basis for the accusations. Yet, surprisingly enough, the court found this to be the case in the first instance and acquitted Kavala in February last year. But behold, a few hours after his release, he was arrested again. The prosecutor not only wanted an appeal, but he also came up with new charges: espionage and involvement in the failed coup of 2016.

Kavala’s sympathy for the Gezi movement is undeniable, but linking him to espionage, and the coup attempt seems far-fetched, a verdict confirmed by the European Court of Human Rights, which unsuccessfully sought his immediate release.

The question then remains: why him? Asena Günal, the coordinator of Depo, a cultural centre in Istanbul founded by Kavala, believes he was targeted because of his solidarity with people the government is trying to silence and his work on human rights. “He showed that they can still be defended,” she says. “He symbolizes the belief that there can still be justice in this country.”

Kavala’s wife, economics professor Ayse Bugra, was accused at the beginning of this year by President Erdogan of being a “provocateur”, one of the instigators of the student protest at the Bosphorus University. Again, Erdogan linked George Soros.

Western ambassadors’ advocacy for Kavala may have the opposite effect, Turkish columnist Abdulkadir Selvi suggests. Erdogan can now no longer, as recently rumoured, release Kavala as a gesture towards Europe. That would be seen as yielding to international pressure.