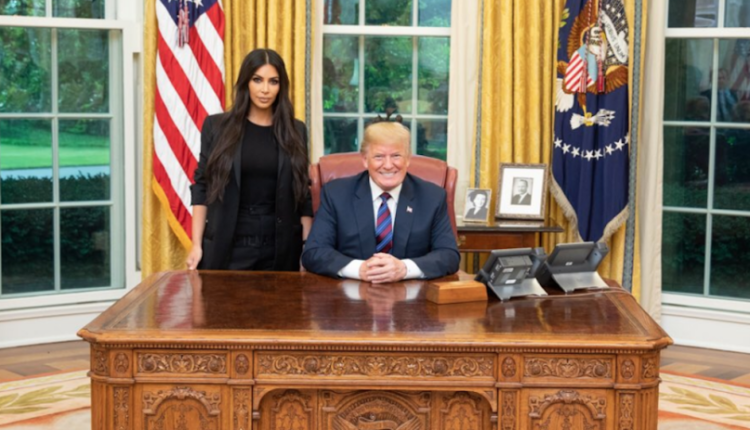 Kim Kardashian rarely comes into the news with a political statement, but the reality star has often been critical of the American prison system and the punishment. During their meeting with the president, they discussed justice and punishments, reported by News Tribune.

Kim Kardashian hoped to obtain a presidential pardon for Alice Marie Johnson. She has been campaigning for a long time to get the 62-year-old free. The woman has been in a prison cell for 21 years and has been convicted for life.

Johnson is behind bars because of her involvement in drug trafficking. In her own words, the woman would never have come into contact with drugs. She would only have passed telephone codes within the drug smuggling network. The woman has repeatedly indicated that she regrets her actions and points to some dramatic events that have driven her. She would have lost her husband, son and job in a short time.

News channel CNN reported that the meeting lasted about one hour. The American president expressed his satisfaction on Twitter about the meeting. He posted an official photo of them both and spoke about ‘a great meeting’. Kim Kardashian herself had a good feeling during the discussion: “We are very optimistic about Alice Marie Johnson and hopeful that she – and many others – will get a second chance.”

American media laugh heartily about the meeting. The populist New York Daily News is today on the front page of ‘the only Kim he could get’, referring to the possible meeting with the North Korean leader Kim Jong-un.

Previously, rapper Kanye West, Kim Kardashian’s husband, was already drinking coffee with Donald Trump. In their own words, the two have been ‘friends for a long time’. The rapper has already known several times to be a fan of the American president.