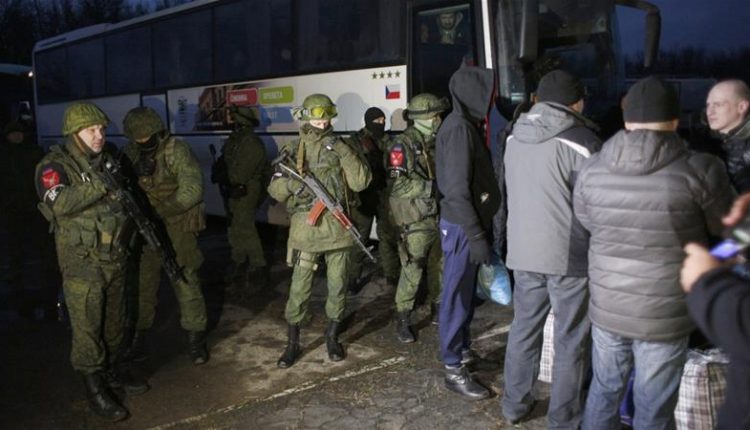 Ukraine and Pro-Russian Separatists are Going to Exchange Prisoners

The authorities in Ukraine and the pro-Russian separatists in the east of the country have made agreements about a significant prison exchange. This is expected to take place on Sunday, confirms Ukrainian President Volodimir Zelenski.

The Ukrainian authorities were supposed to transfer 87 prisoners to the Donetsk and Lugansk rebel republics.

The rebels, in turn, send 55 people back, according to a spokeswoman for the separatists in Donetsk. She gave no info about the identity of the prisoners.

According to Russian media, the exchange takes place at the front. Ukraine also exchanged dozens of prisoners with Russia earlier this year. Kiev then sent MH17 suspect Vladimir Tsemach, among others, to the neighbouring country.

The new exchange follows the first meeting between President Zelensky and his Russian counterpart Vladimir Putin. The two leaders met in Paris earlier this month. They then agreed that measures must be taken to stabilise the situation in Eastern Ukraine.

The conflict in Ukraine has caused at least 13,000 deaths since 2014. Then separatists tried to separate themselves. They do not recognise the authority of the pro-Western government in Kiev.

Trump: Trade Agreement with China to be Signed on January 15 in the White House