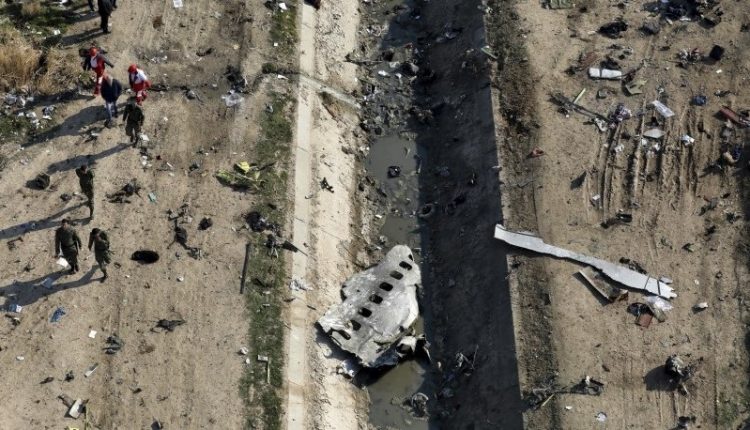 Ukraine has accused Iran of having known immediately that the Ukrainian airliner that crashed near Tehran in early January had been hit by rockets.

The Ukrainian authorities rely on a conversation between an Iranian pilot and air traffic control at the time of the crash.

On Sunday evening, the Ukrainian television channel 1 + 1 broadcast a conversation in Farsi between what was called an air traffic controller at Tehran airport and a pilot of airline Iran Aseman Airlines. “We can see the light on our trajectory, like a rocket. Is something the matter? “

According to the recording, the pilot of flight EP3768 from Chiraz asked to get ready to land.

The air traffic controller says he knows nothing and asks what the light looks like. “It is the light of a rocket,” is the pilot’s reply. The traffic controller then repeatedly but unsuccessfully tries to reach the newly launched aircraft of Ukraine International Airlines (UIA).

“It’s an explosion, we’ve seen an immense light. I don’t know what it was, “says the Iranian pilot.

“This proves that Iran knew from the beginning that our plane was shot down by a rocket, they knew it” as soon as it crashed, said Ukrainian President Volodimir Zelenski in an interview that published the website of 1 + 1.

The channel is owned by an oligarch who is regarded as a confidant of the head of state. He owns shares of UIA, who owns the downed Boeing, and says he has received the inclusion of “the special services.”

For his part, Oleksij Danilov, secretary of the Ukrainian Security Council, ruled out the leak from Kiev.

It was only after days of denial that Tehran acknowledged on January 11 that the Boeing 737 was lowered “by mistake” a few minutes after taking off. All 176 passengers were killed, mainly Iranians and Canadians.