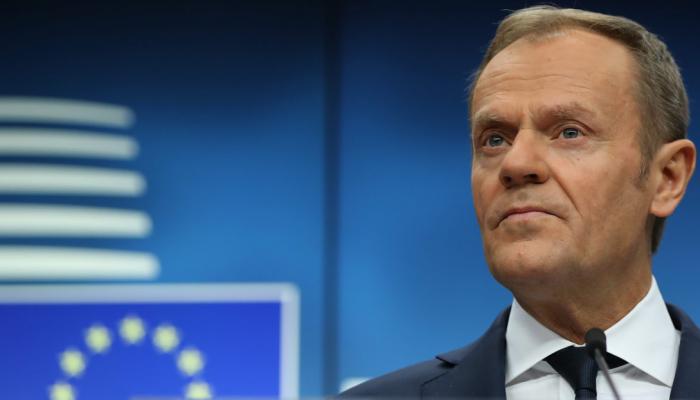 According to the 61-year-old Pool, it should be likely to reach an agreement before the end of 2018.

Tusk made the statements Saturday at a conference in Krakow.

In an interview, on Saturday said that “the chances of an agreement have increased in recent days”.

The discussions were intensified in the weeks leading up to the Brexit summit on 18 October.

The chance that an agreement reached the top is small according to Juncker.

“We are not that far yet, but we have the will to reach an agreement as soon as possible.”

Also expected that EU top negotiator Michel Barnier will publish a document this week with a structure for the future association between the European Union and the United Kingdom.

The Irish border issue is about the border between Ireland and Northern Ireland.

When no agreement reached on the British exit, a ‘hard’ border will again arise on the island of Ireland.

The EU wants to prevent this through a customs union between Northern Ireland and Ireland.

However, this is unacceptable to the British Government, because it would build a border on the Irish Sea, as it were, within the United Kingdom.

On the future association with the EU, there is disagreement, mainly within the British government.

In Prime Minister Theresa Mays Conservative Party, there are various factions, all of whom want a different relationship with the EU.

The so-called ‘brexiteers’, led by Boris Johnson and Jacob Rees-Mogg,

want as limited a future relationship as possible, while another large faction strives for a ‘softer’ Brexit.

WHO is Setting Up A Separate Foundation That Can Collect…

The Stock Markets in New York Started Trading Week on…