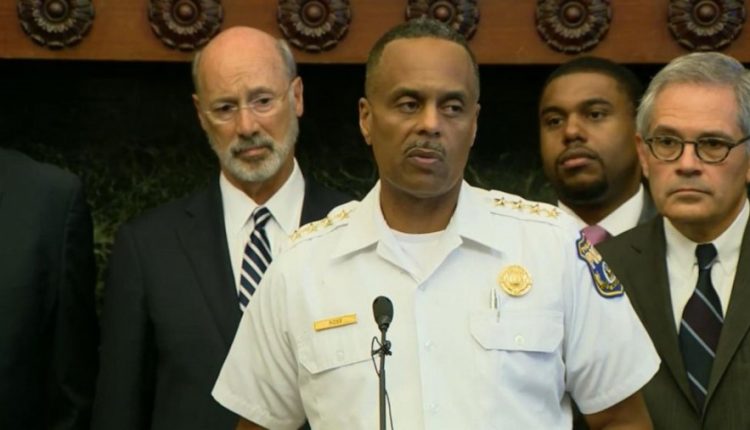 After six police officers were injured on Wednesday at a shooting in Philadelphia, US President Donald Trump demands a stricter approach to street crime.

“The shooter in Philadelphia should never have been on the street. He has a long criminal history, “President Trump complained on Twitter. “It looks like he was enjoying himself after his capture and injuring so many police.”

The president demands “a long prison sentence” and wants to be “much stricter concerning street crime.” Injured agents are not in danger.

The shooting started on Wednesday at 4.30 p.m. local time. Agents wanted to carry out a house search in a drug file on a man who did not appreciate their arrival and started firing at them in his house.

The officers fled through doors and windows, after which the man barricaded his front door and started shooting from there.

At least six officers were injured, but they are not in danger to life. “The officers were hit in different places in the body, but luckily everyone is going to make it,” said Philadelphia Police Commissioner Richard Ross during a press conference.

In the meantime, the agents hit would have left the hospital. Three other officers were injured when they sought cover.

The suspect then hid for hours in a house in the Nicetown-Tioga neighbourhood, and there was still shooting back and forth. The neighbourhood was hermetically sealed. Finally, the man surrendered.