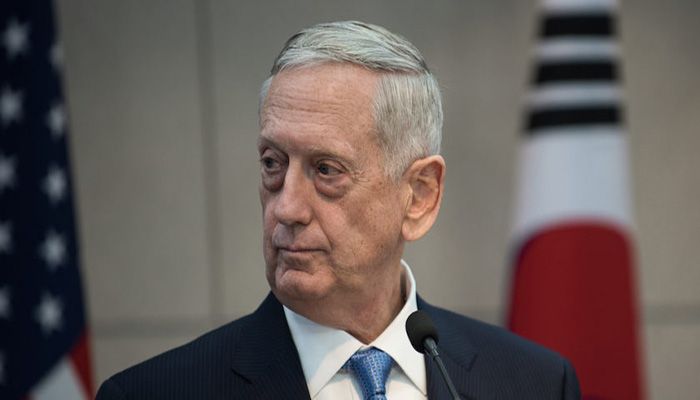 The policy that China is pursuing in the South China Sea is in stark contrast to the openness that our strategy excites and raises the question of China’s broader goals, said Mattis. He added that the Pentagon would boldly compete if necessary, reported by FOX News Point.

The American minister spoke at a security conference in Singapore. Using satellite photos taken on 12 May, Mattis stated that Beijing had placed anti-ship missiles, anti-aircraft missiles and electronic jammers at various locations in the area.

At the same Congress, the Chinese general He Lei was present, who rejected Mattis’s remarks as “reckless” and “unacceptable”. According to the public, China in the South China Sea only has its national defence in mind.

The islands in question are Chinese territory, and it is the “sovereign and legal right of China to place military weapons there,” He said.

Tensions
Mattis’s comments follow weeks of escalating tensions in the controversial sea, which is mainly as one of the most inflammable conflict areas on earth.

Vital trade routes cross the sea and presumably contains significant amounts of natural sources such as oil and natural gas. China, Vietnam, the Philippines, Malaysia, Taiwan and Brunei have opposing claims on parts of the South China Sea.

Last month, the Chinese Air Force landed bombers on several islands in the South China Sea as part of a military exercise. Vietnam protests against it, Taiwan and the Philippines. On Sunday, May 5, two US naval ships pass through islands demanded by China.