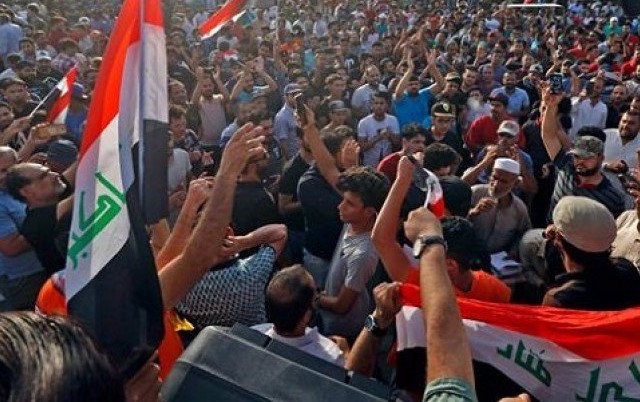 Two people were killed on Friday night in the south of Iraq in social protest. The protest movement is increasing in size, which prompted the authorities to set a curfew in the Basra province, reports Press Cube.

Prime Minister Haider al-Abadi also announced extra funds and investments in Basra on Saturday evening, where he had been on the spot the day before and had already made promises.

The demonstrators complain about the corruption of public services and high unemployment. They are displeased with the lack of decisiveness of the government in the region, which is nevertheless rich in oil.

A spokesperson for the provincial emergency services, Ahmad al-Kanani, said that two demonstrators “were killed by bullets” in the province of Maysan, on the border with Iran.

This brings the number of deaths to three since the beginning of the social protest. Dozens of others, including members of the security services, were injured, say medical sources.

The protest began on 8 July in the province of Basra. The death of a demonstrator in the city of Basra on 8 July still exacerbated the dissatisfaction.

There were more and more demonstrations in the city and province, and eventually elsewhere in Iraq, even in Baghdad. The internet has been shut down throughout the country since Saturday afternoon.

On Saturday, demonstrators tried to set fire to the headquarters of the influential organisation Badr, which is supported and armed by Iran, in Basra. It came to riots, said a source of safety. Then the authorities announced a nighttime curfew in the province, says the same source.