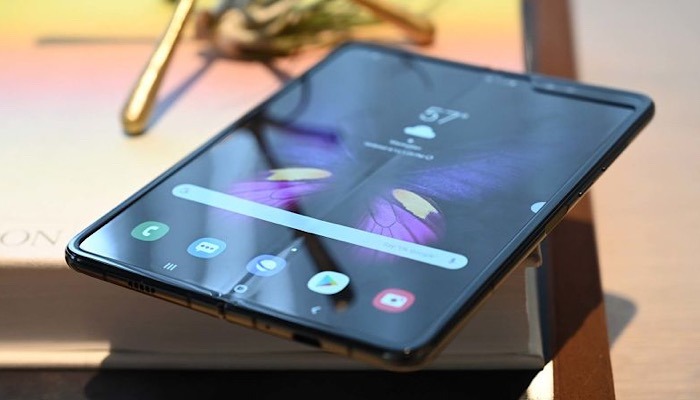 According to the company, the smartphone, with a price tag of almost 2000 dollars,

should be released on the American market next Friday.

In test versions of the device, however, difficulties with the folding screen came to light, such as cracks.

Many testers found that the review copies were broken within a few days.

The screen operated partially or not at all after brief use.

Samsung will now perform additional internal tests with the device.

The company did not report a new date for the launch of the Galaxy Fold.

Samsung wants to come out with a new time in the coming weeks.

In 2016, Samsung had to deal with problems with the launch of the Galaxy Note 7, where the smartphone’s battery could catch fire.

This device was ultimately withdrawn from the market by Samsung.

Earlier on Monday, two major media events in China were postponed by Samsung.

Whether the issues with the screen are the cause for the postponement, the company did not want to confirm in conversation.

The company just wanted to say that the events in Shanghai and Hong Kong have been delayed.

What is the Most Beautiful Island in the Caribbean?

Attacks in Sri Lanka: Two Brothers at the Heart of the Investigation