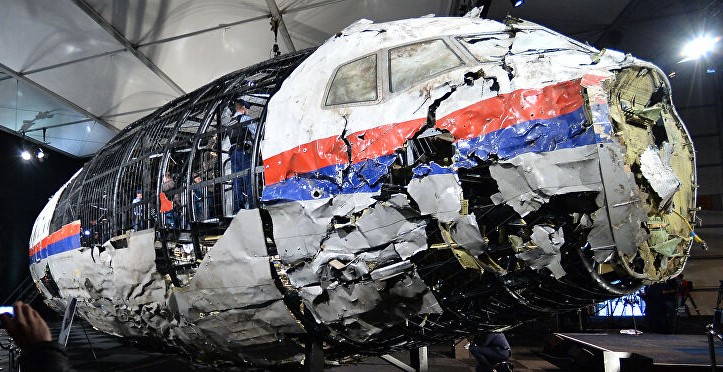 Russian aviation expert Vadim Lukashevich spent six years conducting detailed research into the downing of MH17. He summarized his findings in a book that will be published this winter.

“MH17 stands for the biblical battle between good and evil.”

“I have something for you,” said Lukashevich, connecting his computer to the giant widescreen on the wall of his beautifully decorated flat in the centre of Moscow.

“You’re the first to see it.” “He clicks a video clip, which he himself edited to a song about MH17. “It’s from Vladimir Kant, an unknown Russian artist. He offered it to me of his own accord. “”

The clip shows Lukashevich’s personal involvement in the tragedy. As a military aircraft engineer, he knew from the outset that MH17 had been hit by a (Russian) Buk missile.

Immediately after the disaster, he started investigating and posted the information on his YouTube blog, which is entirely devoted to the disaster. Lukashevich is the only expert in Russia to openly express his opinion. It cost him his job.

“I had no intention of writing a very long book. But once you start, you understand how broad the topic of MH17 is.

For six years a lot has been said: truth, half-truth and total lies. When you start with such a book, you have to write about everything, “the aviation expert concludes.