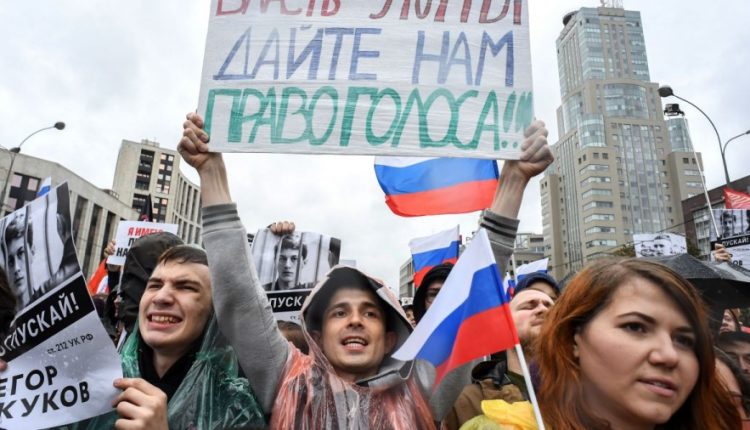 Russia Warns Google to Delete Videos about Government Protests. The Russian state communication watchdog has sent a warning to Google because videos were advertised on video platform YouTube of “illegal mass events”.

It is about videos of demonstrations against Putin.

Tens of thousands of Russians came to protest on Saturday. Protesters wore signs with inscriptions like “give us the right to vote”, waved Russian flags and chanted slogans as “away with the tsar,” referring to President Putin.

Videos of the demonstrations were also shared on YouTube, where live streams attracted thousands of visitors. They were also sent to other users via push messages.

The tech giant must stop that now. Moscow regards this as a hostile interference in its sovereign affairs and threatens to take action.

Russian activists have been demonstrating for two weeks. They are angry because several opposition figures are not allowed to participate in local elections in the Russian capital.