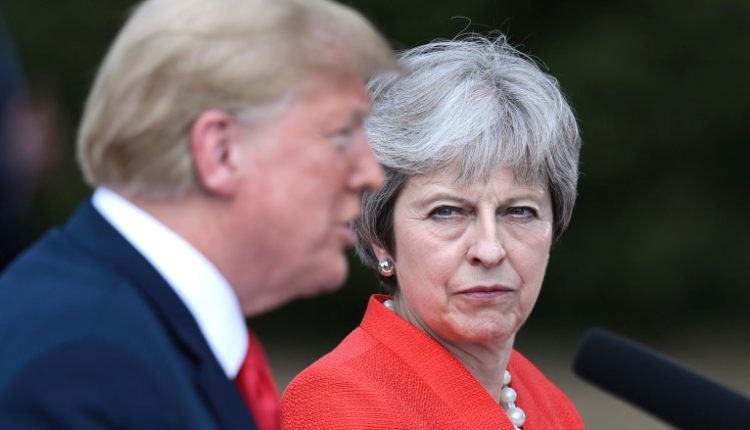 Prime Minister May: Trump said I should Take the EU to Court

After the two heads of government had spoken to each other on Friday, Trump said in a press convention that he had given May advice on the Brexit negotiations, which she found ‘too brutal’.

This morning she was asked what the suggestion was for the BBC breakfast news program. “He said I should take the EU to court, not to negotiate with them, but to court.”

From the interview, it was not clear whether Trump had further substantiated his ‘advice’, for example from which the British would have to start a court case against Brussels.

Remarkably, Trump, who considers himself a master negotiator, gave another advice at the press conference. There he said: “Do not run away from the negotiating table, and then you’re stuck.”

May announced its negotiating strategy with the EU last week, even before Trump’s visit. The British seem to be heading for a ‘soft Brexit’, in which they can easily trade with the EU, but in which the free movement of people is stopped.

In the days that followed, two prominent ministers stepped out of her cabinet, because they think that course is too soft.

Foreign Minister Boris Johnson and David Davis of Brexit affairs both wanted Britain to break all ties with the EU. Trade can stay afloat with the EU means that the British must also continue to comply with all regulations from Brussels.

Putin in All Respects Very Proud about the Organization of Tournament