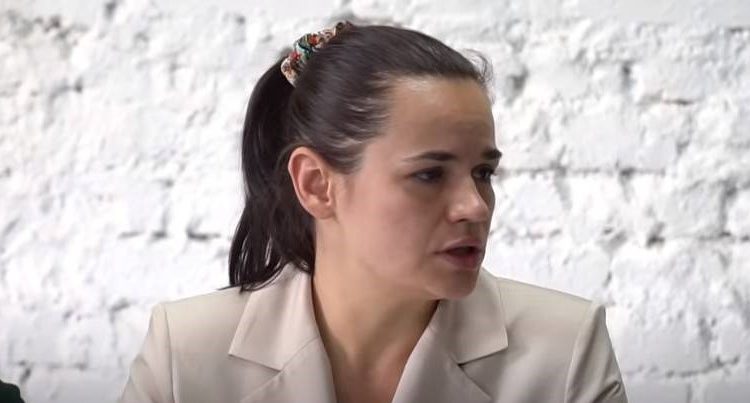 The Belarusian opposition-in-exile Tikhanovskaya in the Czech Republic has compared the situation in her country to the suppression of the Prague Spring of 1968 by Soviet troops.

At the same time, she called for Belarusian President Alexander Lukashenko to be tried by an international court.

The Czech capital Prague has rolled out the red carpet for Svetlana Tichanovskaja. She was able to speak to the Senate and was openly supported by Czech President Milos Zeman and Prime Minister Andrej Babis. President Zeman also wished her “victory in the fight against the last dictator of Europe (Lukashenko)”.

“We must not allow dictators to write history,” Tikhanovskaya told the Czech parliament. She called on Western countries to take more targeted sanctions against top executives and companies associated with the Belarusian regime and reiterated her demand for fair and transparent elections as a way out of the crisis.

Tikhanovskaya also saw a parallel between the current situation in Belarus and that when the Prague Spring was crushed in 1968.

At the time, the Soviet Union erroneously claimed that the Czechoslovak leaders had asked for military intervention by the Communist Warsaw Pact in their country, which was not true. Today, the Belarusian regime claims that the pilot of the Ryanair derivative plane he wanted to land at his own request in Minsk, where dissident Roman Protasevich was forcibly removed from the plane.

Tikhanovskaya also wants Belarusian leader Lukashenko to be tried before an international court for the brutal repression of popular protests in his country.

What is Not Covered by Cyber Insurance?