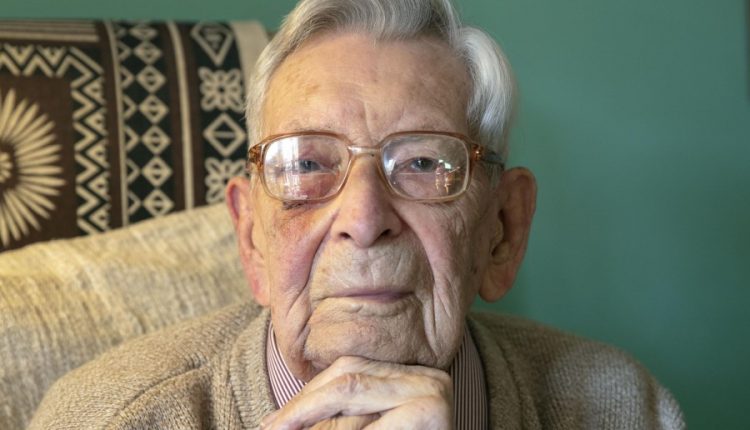 Bob Weighton (111), the oldest living man in the world, will not be able to celebrate his 112th Birthday tomorrow because of the corona crisis.

“Unfortunately everything has been cancelled. There are no visitors and there is absolutely no party,” said the Briton, who was born on March 29, 1908.

The very old man from the British town of Alton usually celebrates his birthday with a big party with friends and family, but that is not the case this year. Reason? The British government has issued strict rules to prevent the spread of the Covid-19 virus.

Weighton, who also has to keep to the lockdown, is very concerned about the virus. “The world is a mess. No one knows what’s going to happen,” the former teacher and technician tell British media. He has courage.

The father of 3 children and 25 grandchildren is doing relatively well, although he now needs to be more independent and arrange his own food and personal care. Still, the man remains positive and praises himself happily for his excellent health.

It is not the first time that he has experienced a pandemic. When he was ten years old, tens of millions died worldwide from the Spanish flu. Weighton states that he did not experience the virus outbreak at the time.

“A child lives in a different world than adults. When you’re young, you don’t read newspapers, and we didn’t have radio back then.” Weighton has been seen as the oldest man on Earth since last month. Then the Japanese Chitetsu Watanabe died at the age of 112.

The Brit also later experienced World War II. He says that it was a lot clearer than how the battle should be won.

According to him, the virus is an entirely different kind of enemy. “In World War II, you knew exactly what to do. You could fail, of course, but the goals were clear when Churchill called on the land. There was a goal we could achieve. But nobody knows exactly how we’re going to beat the virus.”

According to the Brit, there is no secret to longevity. “I never intended to grow old. When you’re young, you don’t think about what’s going to happen when you’re old. You are confident, the only thing you think about is the here and now.” He says he reads a lot and he is busy building model mills to keep himself mentally young.