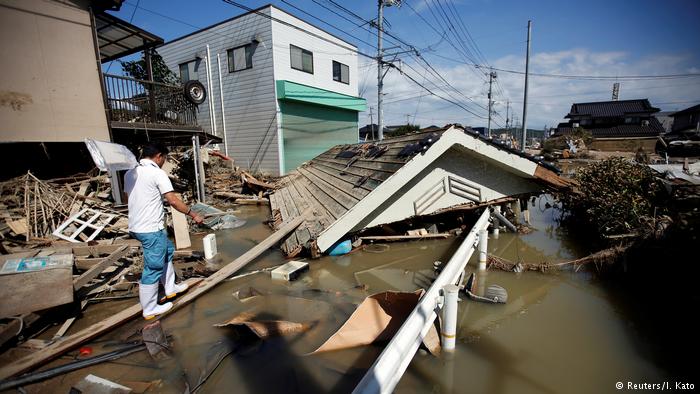 More than 100 Deaths from Severe Weather in Japan. Because of the severe weather in Japan, the country’s Prime Minister Shinzo Abe has ‘no other choice’ than to cancel a trip abroad, reports Zoom News.

Abe would travel to Europe and the Middle East, but instead prepares trips to the areas most influenced by the floods and landslides that have affected the country for days.

According to Secretary-General Toshihiro Nikai of the Liberal Democratic Party of the head of government, Abe has ‘no other choice’.

The prime minister would generally leave on Wednesday with the first stop in Brussels. He would not retreat to his country until July 18th.

In the meantime, the natural violence in Japan has already killed 109 people. That appears Monday from figures of the Japanese news agency Kyodo. More than eighty people have gone missing.

According to the government, a total of 54,000 rescue workers were deployed, including soldiers and law enforcement officers.

Especially the environment of the metropolis Hiroshima has been stricken. According to the news channel NHK alone, 39 people have died.