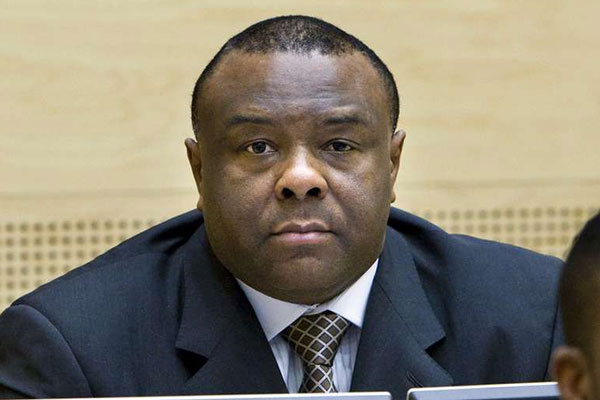 Bemba was acquitted by the International Criminal Court in The Hague last month for crimes against humanity but still risks punishment in a case about bribing witnesses, posted by Hope News.

“We have unanimously decided to reappoint Senator Jean-Pierre Bemba Gombo as Chairman of the Mouvement Libération du Congo (MLC) for a term of five years, and to nominate him as our candidate for the presidential election on 23 December”, informed Jean-Jacques Mamba of the MLC after a party congress in Kinshasa.

Bemba thanked the attending congressmen by telephone. “I’ll be back soon,” he assured.

Last month Jean-Pierre Bemba was acquitted by the International Criminal Court in an appeal for war crimes and crimes against humanity perpetrated by his militia 15 years ago in the Central African Republic.

At first instance, he had 18 years in prison. In appeals, the judges ruled that the judgment in the first instance was drafted in too general terms and did not reflect the charges for which Bemba had been convicted.

In 2006, the wealthy businessman took on Joseph Kabila in the race for the presidency, but he lost the election. In spite of this, Kabila took him into his government as vice president.

In 2007 it went wrong after a dispute about his private militia, on which Bemba fled to Europe. There he was arrested two years later in Sint-Genesius-Rode.

Who is a candidate?
Bemba currently resides in Belgium. He has been released for the time being in anticipation of the final verdict on his sentence in another case, which concerns the bribery of witnesses.

He may no longer have to go to the cell because the maximum sentence he risks is lower than the prison sentence he has already served in The Hague.

The elections in Congo usually take place on 23 December. The intention is to appoint a successor for current President Joseph Kabila. The mandate of the current president expired in December 2016, but Kabila has been making every effort since then to remain in power for longer.

Opposition leaders Moïse Katumbi and Félix Tshisekedi have already indicated that the opposition would best go to the elector with one candidate. It is still unclear to what extent Bemba’s plans cross this scenario.

Not Two but One Dead in the Plane Crash South Africa