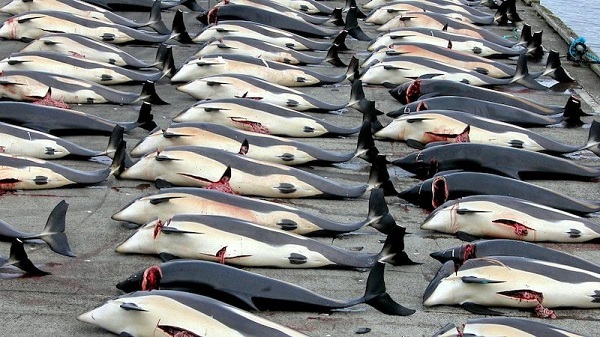 Japanese Whalers killed 120 Pregnant Whales During Hunting. Japanese whalers have killed more than 120 pregnant minke whales during their recent hunting in the Antarctic. This appears from a Japanese report to the International Whaling Commission (IWC).

Of the total of 333 harpooned marine mammals, 122 were pregnant. The whalers were returned from Antarctica in March with their number of killed minke whales. The animals, despite their relatively small size – minke whales are only up to ten meters long – to the giant whale species.

Officially they are killed by the Japanese for ‘scientific purposes’. Japan wants the commercial hunting of large fin whales to be allowed again. But it has been banned since 1986, writes eMedium.

It is not the first time that there are many pregnant animals among the captured whales. Two years ago, when the whalers had already slaughtered 333 minke whales in the Antarctic, there were even more than 200 pregnant females under the catch. The Ministry of Fisheries then communicated that. International animal rights activists strongly criticise Japan’s attitude.

Tokyo relies on a unique arrangement in the IWC convention that allows whales for scientific research to be killed. The International Criminal Court suspended the experimental catches of Japan in 2014. Tokyo then slews off its whaling program. Over the past 25 years, Japanese whalers have killed more than 10,000 large whales in Antarctic waters as part of their internationally exciting research program.