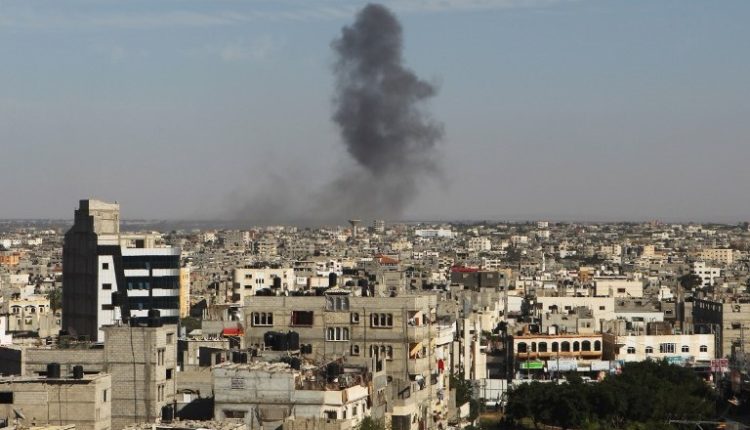 Israeli Army Raid against Hamas Targets. In the nighttime from Saturday to Sunday, the Israeli army conducted a series of air strikes on Hamas targets in the Gaza Strip.

The raid was retaliation for Saturday’s radical Palestinian organisation’s attack on targets in Israel. According to the Israeli army, the Palestinians fired four more missiles on Israeli territory last night.

Hamas had declared a ceasefire on Saturday night after two days of heavy fighting with Israel. But Israel had not confirmed that truce, updated by Planet Blog.

In the night from Saturday to Sunday, the Israeli army has been bombarding several targets of Hamas in Gaza City with air strikes. These include a training centre for the radical Palestinian movement, and the military says Sunday morning in a press release.

From the Gaza Strip four missiles were fired at Israeli last night, the army says. The missile defence system intercepted one of them. There were no injuries.

The Israeli Air Force carried out several missile attacks on targets in the Gaza Strip in the night from Friday to Saturday as a retaliation for a Palestinian attack with a hand grenade on an Israeli unit near Rafah.

From the Gaza Strip, two rockets were then transported to the south of Israel, one of which could be intercepted by the Israeli missile defence system.

On Friday, violent clashes between Palestinian and Israeli soldiers also occurred in the border region. In the violence of the past few days, two Palestinian teenagers were killed, fourteen other Palestinians were injured. On the Israeli side, three wounded.

The Palestinians have been protesting for months every Friday against the Israeli confiscation of Palestinian lands. The violence cost the lives of about 140 Palestinians since the end of March, according to a report from the Palestinian Ministry of Health.

The demonstrators demand the end of the now ten-year blockade of the Gaza Strip and a right of return to territories that have been part of Israel since 1948.