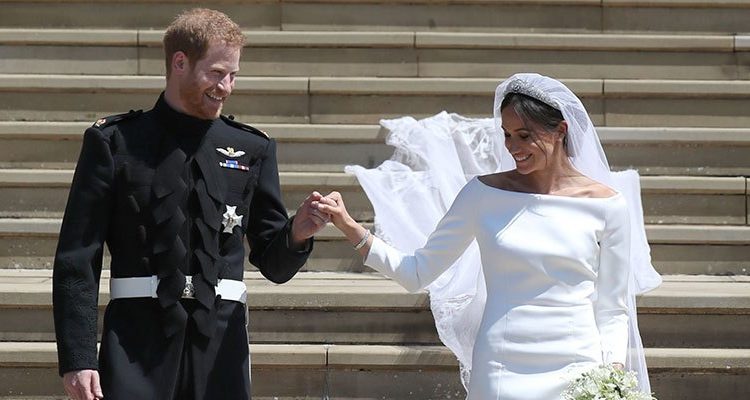 The centuries-old tradition of wearing the veil retains the sanctity and adorns the bride most exquisitely. Whether it is viewed as a beautiful accessory or a symbolic item, without its presence in the bridal attire; the customary walk of the bride to the chapel is incomplete.

The veiling tradition can be traced back to the 18th century when Queen Victoria adorned her white wedding gown with a white veil that cascaded down her back. Her bridal assemblage gave a striking modern look in her time and thus set an example for future brides.

Choosing The Right Veil For Your Big Day:

There are numerous options for the bride to choose their veils; they can go for the waist length, the modern blusher or the traditional long veil that reaches the train of their gowns. They can also incorporate the traditional Queen Victorian style of the crown of orange blossoms design in their veils to give it a royal and majestic spark.

Moreover, such an important item should also be chosen carefully keeping all the intricacies in mind. It is preferable that the colour of your veil should be one tone lighter than your gown, the placement of the delicate veil on your head should be in such a way that it flows in an A-line manner at the back of your dress elegantly.

How you carry your veil depends a lot on your grace and poise on your big day. If you have chosen the floor-length veil and the weather turns windy, you can wrap the lower end of it around your arm like a stole.

Wearing Your Mother’s Veil:
Wearing your mother’s veils is not only an emotional choice but also a representation of honouring her love for you. Since veils are something that can easily fit anyone, so it is a very wise choice to incorporate a part of your mother’s bridal assemblage into your attire. It is not just a piece of the past but is an adornment that symbolises excellent cultural values.

When the mother of the bride gifts her wedding veil to her precious daughter, this moment seals the beautiful sentiments of the day. It also indicates that the bride is carrying with herself the teachings and values of her family and incorporating it into her own new married life.

Now let’s have a look at our royal brides and their inspirational veils.

Meghan Markle’s Veil:
Meghan Markle’s veil honoured her late mother-in-law in the most classic and modern style. Her beautiful cathedral veil that manifested her dramatic walk down the aisle was a nod to Diana’s epic long veil. With the crops of wheat embossed delicately with each flower, Meghan chose to highlight the attributes of love and charity that defines her late mother-in-law.

Moreover, Meghan also chose to honour her new home by exceptional design. The trim and the blusher of the veil was embroidered with signature flowers of all the countries of British Commonwealth. This spectacular floral composition reflected Meghan’s gratitude and pride in having the opportunity to join royal affairs. She also added her favourite flowers to her veil. You can draw inspiration here by customising your veil with any of your favourite additions.

Kate Middleton’s Veil:
Kate’s veil brought back the traditional style and became a trend for the future brides following 2012. Her choice was the departure from the birdcage vintage-style and in contrast, gave a more severe and regal aura to her whole attire. Her mid-length ivory veil crafted with handmade flowers gave the nod to her grace.

Also, the roses symbolise the kingdoms of Great Britain and Ireland which was matched to the royal protocols of the establishment she was married in to. She followed all the traditional and sanctity associated with veils; it was drawn on her face during the walk down the aisle which was later lifted by her father most traditionally.

With all the customary blend associated to veils and traditions followed by the royals; whom we look up to for every aspect in our life; we can easily conclude that choosing a traditional veil and adding an edge to it with customised designs is the new trend. It also signifies the richness of our culture and history. So get on the bandwagon and get yourself something unique.