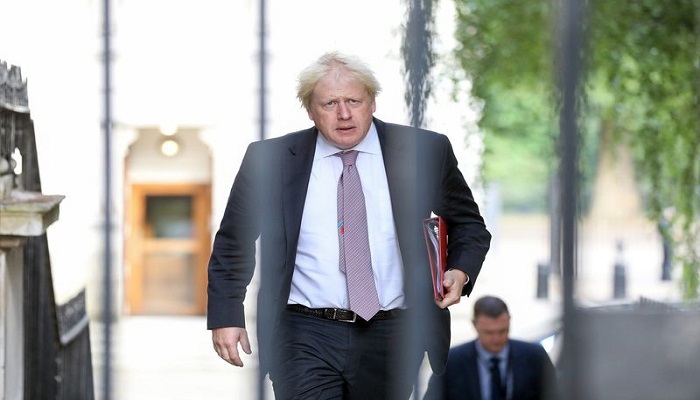 Former Minister Johnson after being Dismissed, Arrives at British Prime Minister May. Boris Johnson, the British foreign minister who retired on Monday, has been hard-pressed to prime minister Theresa May.

He states that the United Kingdom will become a “colony of the European Union (EU)” through its Brexit plan, posted by Right News.

The agreement that is now on the table states that a free trade zone must be established between the European Union and the United Kingdom. The free movement of people does disappear.

“We are heading for the status of a colony of Europe”, Johnson said in a statement of his resignation.

According to the BBC, the former minister, one of the driving forces behind the Brexit referendum, states that with the May agreement, “the dream of Brexit is slowly dying because of the needless and stifling doubts, we have extended crucial decisions for us” “, says Johnson.

Close trade relationship
British media speculate that the struggle in the Conservative Party about the departure from the European Union is only now beginning to erupt.

The May agreement, including the close trade relationship with Europe, is, according to its Eurosceptic critics, contrary to the intentions of the Brexit.

It would only be a ‘goodbye’ to the EU ‘in the name’, while the British should give full control over their affairs.

Mays spokesman has stressed that she will fiercely resist attempts to push her aside as a Conservative leader and thus as prime minister.

The Conservatives in the House of Commons could decide to hold a vote if they still have confidence in Prime Minister May. If at least 48 of the 316 Conservative MPs apply for this, there will be a vote. 159 votes are needed to send May away.

No discussion about May
The rules of the party do not allow that such a majority to come back within a year. Some opponents of May’s policy would not dare to keep this vote. The Conservative MPs meet at the beginning of Monday evening.

According to a brief interim statement from the Minister of Commerce, Greg Clark, this meeting was “perfect”. After the meeting, May was welcomed by those present. She did not desire to articulate to reporters.

In a group meeting of the British Conservative Party, the confidence of the Tories in British Prime Minister Theresa May was not questioned, the party emphasised.

On Monday evening, May selected Jeremy Hunt as the new foreign minister.

Opposition angry
British opposition leader Jeremy Corbyn accuses Prime Minister May that she has made a huge mess with her policy for the Brexit.

Corbyn said that May had given far too much time with discussions between provocative party members, rather than serving the economy of the country.

He wondered in parliament how a prime minister who can not reach a Brexit agreement in her cabinet could agree with the EU. Corbyn, the leftist leader of Labor, is not an opponent of the departure from the EU.

He complained that this government could not close an excellent Brexit deal.

Staying problems
EU President Donald Tusk regrets that the idea of the Brexit has not disappeared with the departure of Davis and Johnson. ” But who knows, ” the Pool reacted to the separation of the two members of the government.

” Politicians come and go, but the problems they have designed for the people remain, ” said Tusk.

“The mess that caused Brexit is the biggest problem in the history of the association between the EU and the United Kingdom. And it is far from solved, with or without mister Davis. ”

The European Commission said that the discussions with the British government would continue.

Chairman Jean-Claude Juncker had May on the phone Sunday afternoon, let his spokesperson know.