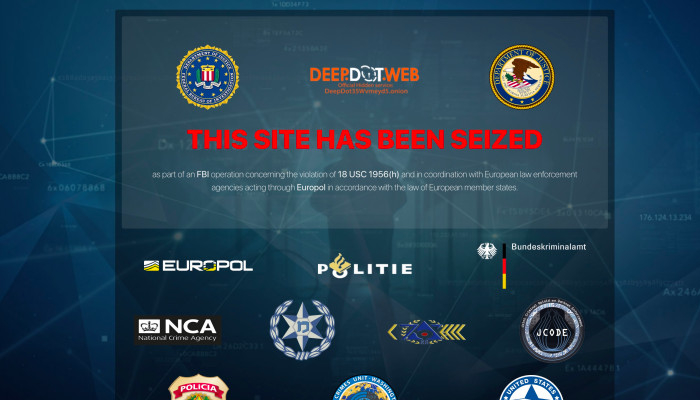 Deep Dot Web was a website with information about the dark web.

Through the site, users were also led to websites and market places on the dark web.

The website now has an image showing that the page has been taken over by the FBI.

The American intelligence service also received help from German and Brazilian authorities, among others.

Suspects were caught in the Netherlands, Germany, France and Israel.

According to reports, they are suspected of being associated with running the website.

Deep Dot Web is said to have earned millions of dollars by offering links that point to market places on the dark web.

It is not clear precisely what the amount is.

It was one of the most significant remaining market places on the dark web.

Among other things, drugs were offered on the site.

Cybercrime services were also sold there, such as hostage software (ransomware).

Two hundred Dutch dealers were found to be active at the marketplace.