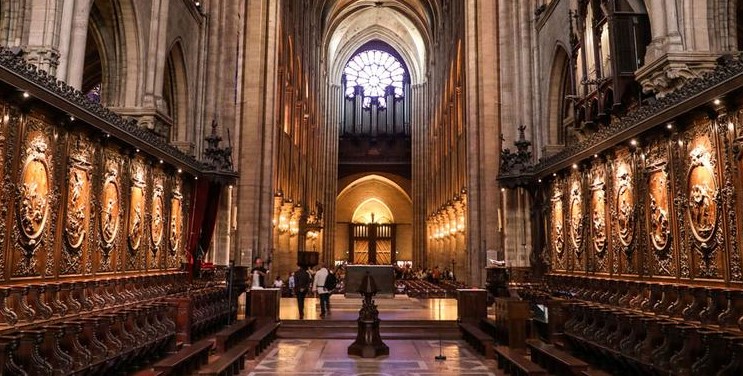 In the Notre-Dame cathedral, damaged by fire, a start has been made on removing the massive church organ.

France’s largest musical instrument needs to be dismantled, cleaned and repaired step by step. That process is expected to take years.

During the great fire in April 2019, the church organ was not damaged by the flames, but it was covered in soot and also suffered moisture damage.

One of the organists of the world-famous cathedral in Paris called it a “miracle” on radio station Europe 1 that the instrument survived the inferno. “Such an organ is huge and looks indestructible, but in reality, it is very fragile.”

The immense organ is called the “voice of the church” and consists of five keyboards (keyboards) and no less than 8000 organ pipes. In some cases, they are 10 meters long.

“There is a kind of magical relationship between this instrument and the church,” said another organist on television channel TF1. “It makes the stones sing.”

Dismantling the organ can take months to complete. Cleaning and refurbishing the instrument can then take up to 2024.