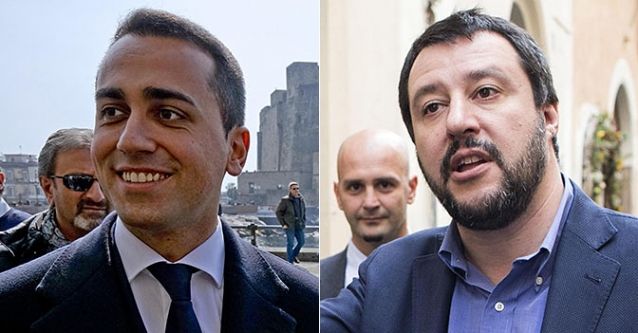 Di Maio and Salvini Agree on Italian Government Formation. The Italian government formation has yet another plot twist. Perhaps there will soon be a new government under the leadership of Giuseppe Conte.

The leaders of the Five Star Movement and the Lega have reached an agreement tonight after hours of consultations to bring a new Italian government up and running. It will be led by Professor Giuseppe Conte, who travelled from Florence to Rome in the afternoon to join the consultation.

According to the eWorldNews, Luigi Di Maio and Matteo Salvini pulled the plug from a possible government under the leadership of Conte on Sunday. They thus protested against the refusal of President Sergio Mattarella to appoint the Euro-critic Paolo Savona as Minister of Economy.

Mattarella then appointed Carlo Cotarelli to form a government, but the technocrat did not stand a chance to find a majority in parliament. With that, Italy seemed to be heading for extra uncertainty in new elections and months.

To avoid this, the two party leaders drew up a solution for ‘the Savona case’: the 81-year-old economist gets the European Affairs portfolio. As a counterweight, the Ministry of Foreign Affairs goes to Enzo Moavero Milanesi, who held a top position at the European Commission and was Italian Minister for European Affairs between 2011 and 2014.

The crucial Ministry of Economy would be in the hands of Giovanni Tria, who teaches economics at the University of Rome. Salvini becomes Minister of the Interior to implement the hard migration policy of his Lega. Di Maio receives the post of Economic Development.

“Last hours of work for the government, we put all the energy into it!” Wrote the right-radical leader Salvini on his Facebook page. He took one last stumbling block by demanding that Brothers of Italy also get a seat in the government. That neo-fascist game went on March 4 together with the party of former Prime Minister Silvio Berlusconi and the Lega to the electorate.

But government participation of Brothers of Italy is very difficult for Di Maio, who vetoed. According to the Italian news agency Ansa, polls show that left-wing voters of the Five Star Movement are already having a hard time with the right accents that Salvini could put in the government contract, including a hard return policy of economic migrants.

The leader of the radical-right Lega also came under pressure to make a deal. He got the criticism that he seemed to prefer new elections to the formation of a government because the polls predicted his party extra profit in that case.