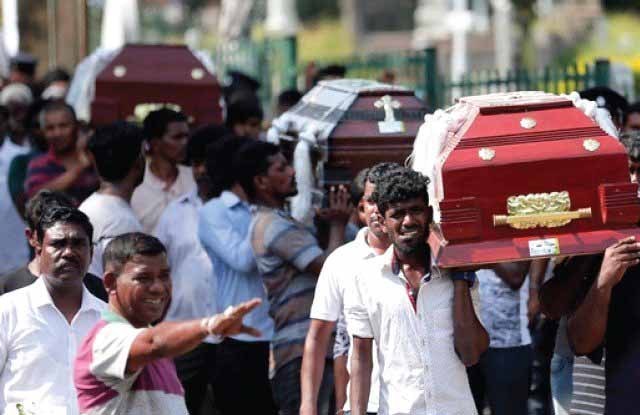 Attacks in Sri Lanka: Two Brothers at the Heart of the Investigation

Two Sri Lankan brothers, among the suicide bombers, played a crucial role in the Easter Sunday attacks in the South Asian island, which killed more than 320 people, said on Tuesday. April 23, AFP sources close to the investigation, which seeks to determine whether they received help from abroad.

The NTJ, however, did not claim the attacks, unlike the jihadist group Daesh (Islamic State, or IS), which claimed that “ISIS fighters” had struck on the occasion of infidels “.

The two brothers, whose names have not been revealed, were nearly 30 years old and were of wealthy origin and sons of a wealthy spice merchant. According to the police, these suspects, who died in the attacks, led a family “terrorist cell” and played a crucial role in the NTJ.

However, the investigators are still unaware of the attacks are the result of this single “cell”, or separate but coordinated teams. It is not known as such whether these brothers were in contact with other suicide bombers.

“Some of them may have travelled abroad before returning,” said the Prime Minister at a press conference.

The investigation must determine whether there was a foreign influence in the radicalisation and how the two young men, who had worked alongside their father in his lucrative business, came to take part in these attacks.

How to Choose A Safe Bunk Bed for Your Kid