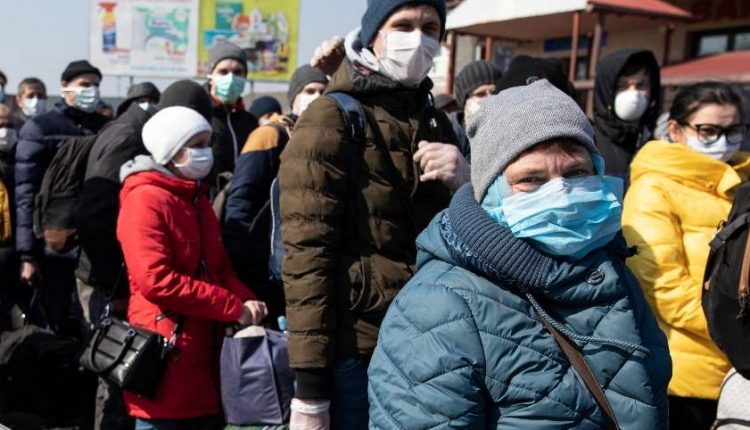 At least 100,000 civilians who tried to leave the Ukrainian port city of Mariupol, besieged by the Russian army, have been trapped there for lack of a secure humanitarian corridor.

The bombardment by Russian troops also prevents emergency services from accessing the bombed-out theatre. There, hundreds of people had found shelter in the cellars after an air raid. Russia denies targeting the theatre or civilians.

Facing heavy casualties and a fierce defence, the Russian military “increased its presence in Ukrainian airspace” on Monday, the Ukrainian army said on Facebook on Tuesday. “In addition to using drones, the enemy uses bombers, attack and combat aircraft, ballistic and cruise missiles.”

Cited by the US newspaper New York Times, US intelligence sources say more than 7,000 Russians have been killed since the invasion of Ukraine. Moscow speaks of 488 killed in its ranks. On Sunday, the Kremlingezinde newspaper Komsomolskaja Pravda had risked 9,861 losses online. But the article was withdrawn, and the newspaper said it had been hacked.

“Today, we are focusing on the evacuation of the residents of Mariupol,” where the humanitarian situation is dire, Ukrainian Deputy Prime Minister Irina Verechchuk said in a video. On Tuesday, three humanitarian corridors were to be open between three towns near Mariupol and the city of Zaporizhzhya, 250 km northwest. “There is not enough room for everyone, but we will continue the evacuation according to the same algorithm until we have cleared all Mariupol residents.”

Quoted by human rights group Human Rights Watch, Deputy Mayor Petro Andriushchenko said more than 200,000 people are still in the city. More than 3,000 civilians have been killed since the fighting began, but the exact balance is unknown.