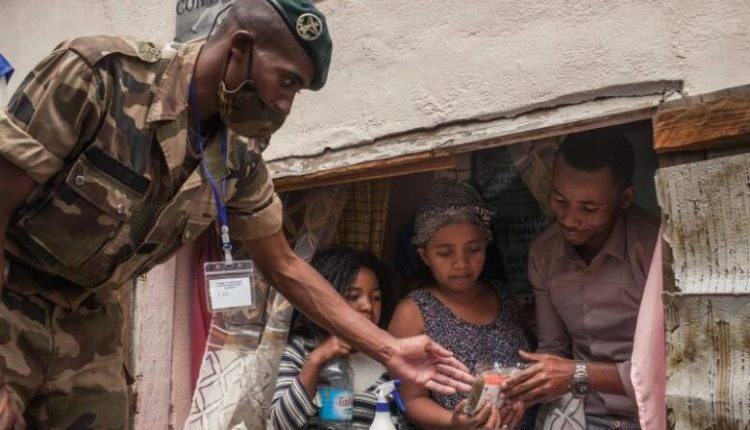 Soldiers have gone to houses in the capital of Madagascar to hand out a new kind of herbal tea. According to President Andry Rajoelina, it is a powerful drug against the coronavirus, but experts are sceptical.

The drug was developed by the local research institute IMRA but has not yet been tested internationally. Still, Rajoelina has full confidence in the spice mixture.

“We can change the history of the whole world,” he said at the official presentation. “Two people have already cured thanks to this treatment.”

Herbal tea is more often used in Madagascar to treat ailments. In the poor island state with 26 million inhabitants, many people have limited access to medical care.

An army doctor said on state television that the new drug would at least strengthen people’s resistance.

Many residents of the capital Antananarivo eagerly receive the herbal tea, which is called COVID-Organics. “We wanted to try this infusion when President Rajoelina drank it on television,” said a 58-year-old man.

The authorities have also designated particular collection points in the city. For example, a crowd gathered at a kiosk to receive the “miracle cure.”

“As long as the World Health Organization does not come up with a cure for this disease, I trust the President’s remedy,” said a 72-year-old man who stood in line.

France Has Almost as Many Corona Deaths as Spain

The Medical World is Baffled by Donald Trump’s Suggestions