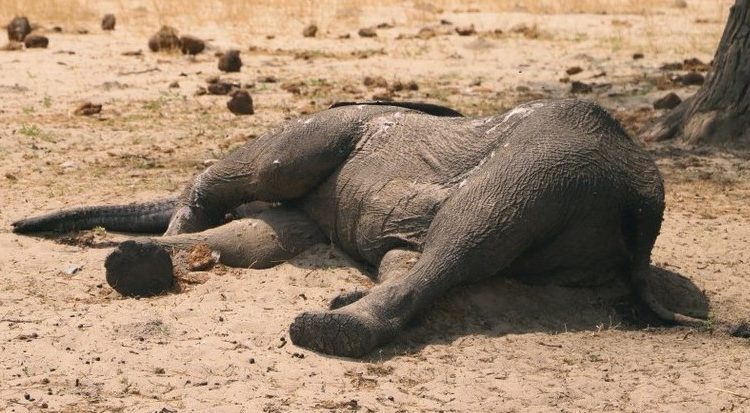 The government in Zimbabwe has opened an investigation into the mysterious deaths of 12 young elephants near the Hwange Reserve, in the west of the country.

Earlier this year, more than 350 elephants died under strange circumstances in neighbouring Botswana.

Eleven carcasses were found on Friday, a twelfth Saturday. They lay in the Pandamasuwe Forest between Hwange – the largest reserve in the country, near the border with Botswana – and the city of Victoria Falls.

The dead elephants turned out to be very young. These are animals of approximately eighteen months and between five and six years old.

According to a spokesman for the ministry responsible for Zimbabwe’s national parks, their deaths may be linked to a bacteria that developed after the animals ate inedible plants.

The latter is the result of an overpopulation of elephants in the region; it sounds. As a result, the animals’ favourite vegetation has disappeared, and they eat absolutely everything, including poisonous plants.

The government rules out that poachers were at work because the animals’ tusks were still intact. There would also be no cyanide poisoning, as no other animals – such as vultures – have been affected.

The deaths of more than 350 elephants in Botswana – home to the world’s largest population of 130,000 animals – have also been attributed to natural toxins.